The Singlefile vineyard is all hand-picked. The early pick chardonnay is safely in the winery being fermented for 'The Vivienne' Chardonnay. The pinot noir/pinot meunier has been crushed and is on its way to fermentation. The final pick for 'The Vivienne' and the Family Reserve Chardonnay is just three days away. This marks the culmination of another cycle in the life of the wine from our family vineyard at Singlefile. This year, we breathed a sigh of relief as we dodged another cyclone and were fortunate to escape damage from bushfires in February. Now the vines will start to shut down for their winter hibernation. Not so for the trusty vineyard manager, who will do any maintenance required before gearing up for pruning.

During the 2021-22 season we used a combination of cane pruning (single and double cordon) and spur pruning.

We grafted our shiraz block to chardonnay in November 2017 using cuttings from the Upper Block chardonnay. There was a high success rate and only a handful of vines needed to be regrafted the following year and these, too, succeeded apart from a small number of stubborn failures. By the 2019 vintage, the robust grafted chardonnay block had been cane pruned throughout and produced up to three bunches per bud.

In 2020 we trialled the use of a double cordon on a row of the Lower Block chardonnay adjacent to the grafted chardonnay and were pleased with both the quality and increased prouctivity of the fruit for vintage 2021, notwithstanding prior concerns that the canopy would be too dense and could restrict sunlight and airflow. In 2021 the grafted chardonnay was subsequently converted to double cordons throughout. The expectation is a 30% increase in vintage 2022 tonnage, which will be tested when we pick tomorrow!

Meanwhile we continued with our plan to complete as much cane pruning (single cordon) throughout the rest of the vineyard as practical and use spur pruning block by block only every third year or so.

All the pinot noir/pinot meunier (PN/PM) was cane pruned. This represented a significant change for the PN/PM block, which, as a relatively new planting, had previously been managed using a combination of spur and cane pruning.

Based on the quality and quantity of bunches per vine, our current plan is to maximise the use of cane pruning in the chardonnay blocks. The advantages are an increase in airflow and sunlight to minimise disease and maximise rate of ripening as well as a reduction in vegetative canopy growth and requirement for leaf plucking.

This has been the wettest year on record since the establishment of Singlefile Wines at Denmark (1240 mm from 1 March 2021 to 28 February 2022). The range in annual rainfall in the area has been about 700 mm – 1300 mm pa during our 15 years on the vineyard. The average for the Denmark area is about 1100 mm pa. Thankfully, there were no major setbacks such as large hail nor damaging wind. Due to the health of the local karri/marri forests, there was also very little bird pressure as there was ample bush blossom to keep them away from the vineyard. Until today! The birds have been denied fruit from the neighbouring vineyards, all of which were harvested before ours, and the birds know where to go!

There was a slow start to the growing season after the sustained rainfall during winter and the cool wet spring. A fortunate spell of warmer weather at the start of summer gave the fruit a welcome impetus to form what appeared, at first, to be sparse berries on long stalks but later filled out into good sized bunches which ripened slowly but surely when the weather cooled after the summer holidays.

The fruit has ripened about two weeks later than normal… most of our vintages are in the tank by 21 March. Both the bunch weights and bunch numbers have increased since last vintage in the chardonnay but have decreased in the PN/PM block.  The quality of the fruit is good, with nice flavour and good acidity according to our winemaker’s extremely discerning palate.

Expectations for the Vintage

We will harvest the chardonnay this week, nearly two weeks later than normal. Our prediction and hope for vintage 2022 is a Family Reserve Chardonnay of good flavour, good acidity and good yield. We trust our winemaker to work his normal magic and deliver the great Chardonnay we are patiently waiting for.

Meanwhile, 'The Vivienne' Chardonnay is going to have layers of complexity from three separate picks of varying fruit ripeness from both the Upper Block and Lower Block chardonnay, even before the winemaker adds his touch.

This is the first year the PN/PM vineyard has reached sufficient maturity for us to harvest the entire block for our Single Vineyard collection. It is going to be exciting to sample our now adolescent red and see what it is capable of! 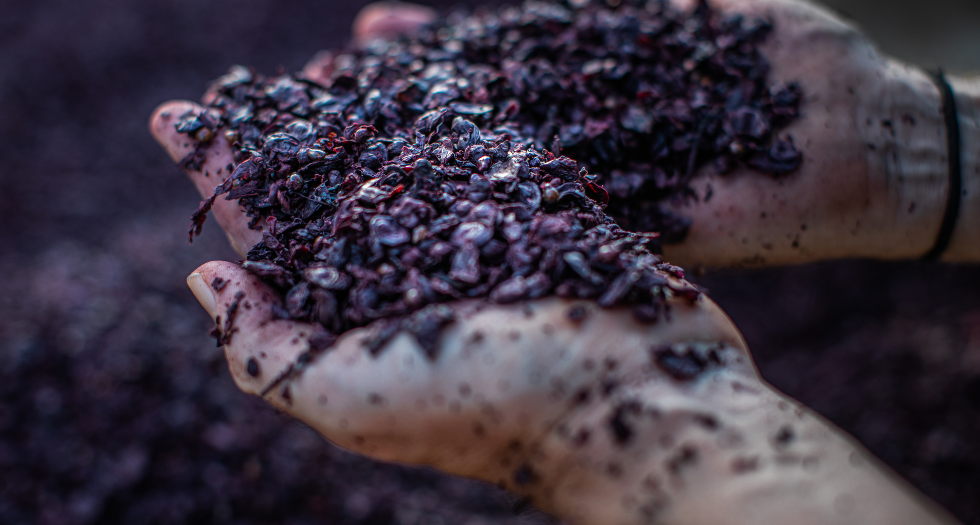