The story behind 'The Vivienne' Chardonnay 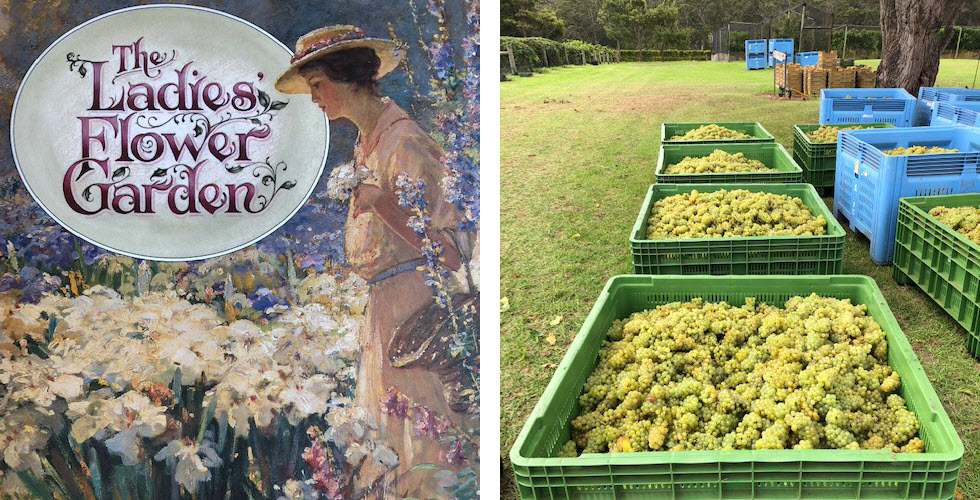 This is Viv’s record of what started out in 2012 as the “Chablis Project” to evolve into Singlefile’s Limited Release 'The Vivienne' Denmark Chardonnay which just 3 vintages later achieved a rating of 98 in James Halliday’s Wine Companion as the top scoring chardonnay in Australia. Inspiration for this project was Viv’s love of the Chablis style of chardonnay, the quality and character of the fruit from Singlefile’s family vineyard and winemaker Mike Garland’s experience and creativity in coming up with the “how-to”.

What characterises 'The Vivienne' Denmark Chardonnay?

By hand picking parcels of fruit selected at different levels of ripeness, full bunch pressing and judicious use of oak barrel fermentation and lees stirring, the style of 2015 'The Vivienne' Denmark Chardonnay is such that the 2019 Halliday Wine Companion describes it as akin to a “fine producer’s mersault from a top site”.

It is the cool climate of Denmark in the Great Southern which contributes to the high level of natural acidity in the grapes that is the fingerprint underlying the style of the wine produced here. See the tasting notes for more detail.

Consistency in style and quality despite seasonal fluctuation

Looking back at the seasonal characteristics influencing chardonnay development at Singlefile, we have seen many swings and roundabouts in weather conditions.

The beginning of Spring 2011 was cool and wet, marked by slow steady growth with warm conditions interspersed with just enough rainfall to encourage steady vine development. The balmy weather conditions led to the development of large berries which reached high levels of sugar concentration and ripeness in the high yielding 2012 vintage.

The 2013 season was very much a mixed vintage with slow, uneven flowering developing smaller berries on smaller, looser bunches with low disease pressure leading to increased quality. This was despite some wild weather with hail and strong winds that caused a lot of destruction throughout the region.

In 2014 mother-nature compensated for a windy spring and we achieved a top quality chardonnay harvest of normal yield.  Suddenly in 2015, without any forewarning, and after a balmy event-free low rainfall season, there was an unusually low yield universally throughout the Great Southern and indeed as far afield as Margaret River and beyond. Tantalisingly the fruit was top quality!

Once again Mother Nature went into compensation mode with steady rainfall throughout the summer of 2016 and yields were up considerably compared with the previous year thanks to the dry spells allowing the fruit to ripen between showers.

In fickle nature the season of 2017 was characterised by light rain which put all vineyards in Denmark under disease pressure. Instead of achieving the potential high yield, a large proportion of fruit had to be dropped towards the end of the ripening period and it was essential, not just a choice, to hand-pick all plots.

A new regime in 2018 saw perfect ripening conditions but a backlash of additional canopy control to ameliorate the disease pressure of 2017 depressed the yield once more, resulting in a fairly lean but excellent quality vintage.

The 2019 vintage is now in barrel. We picked it in three parcels, the final parcel being taken on 28 March. This year the bunches were smallish, sparse and excellent quality. The cool dry flowering period was drawn out leaving plenty of space for the berries to “breathe” with relatively open bunches, always a healthy sign, with less danger of fungal infection. We now wait patiently to sample the fruits of our labour. 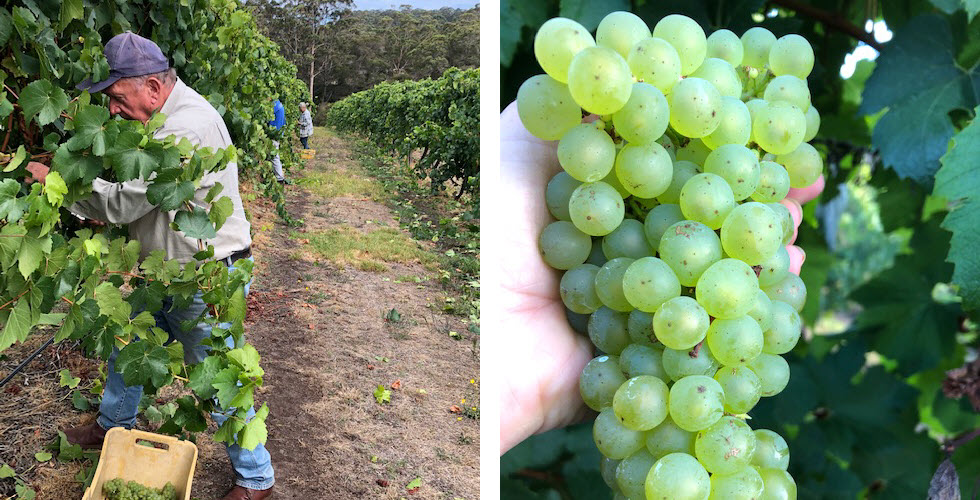 Now, after eight vintages of crafting 'The Vivienne' Denmark Chardonnay, we are accepting that each season is unique and will set the scene within which the vineyard needs to be managed to maintain the character and quality of the fruit. The yield is the variable which allows us to maintain the consistency of style and quality of the final product.