Physical isolation and the Wollemi Pine 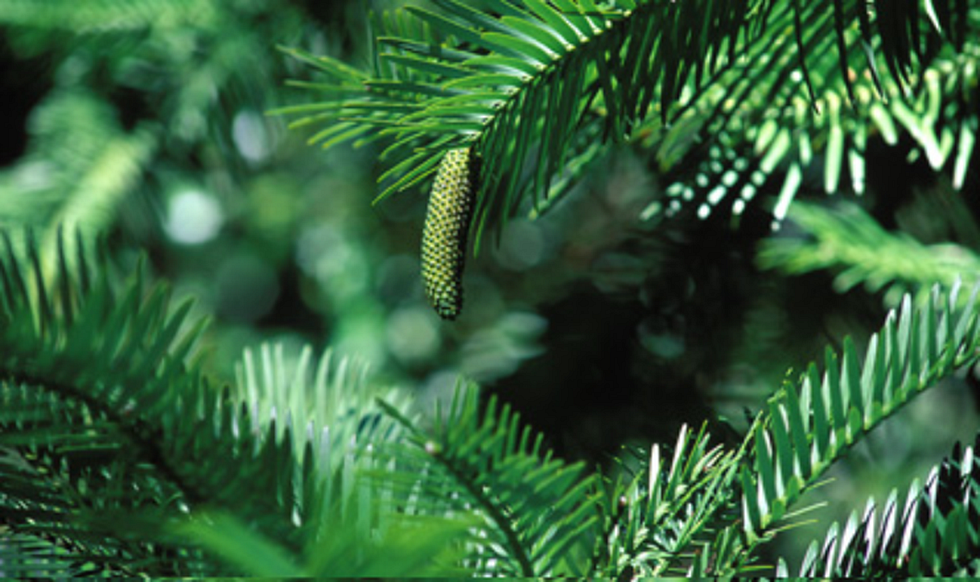 Fifteen years ago Phil and Viv were the recipients of two tiny Wollemi pine plants procured by their daughter, Nina, who purchased them by ‘mail order’. The plants survived in pots for some two years before they moved with the family to the Singlefile vineyard in Denmark. Only one of the plants survived and the survivor was planted near the Karri forest below the Lower Chardonnay vineyard. It has received little attention over the years but has grown slowly at an average rate of about 25cm per year. It is now about 4m tall, growing at an angle, having been shaded out by a nearby peppermint tree.  Nevertheless it seems to be ‘happy enough’ to be on the property here in Demark.

The Wollemi pine species is a ‘living fossil’ relic dating back some 150 million years (the Jurassic Era), long before the super continent of Gondwanaland began to split-up into its component parts (Australia, Africa, South America, India). A grove of Wollemi pines was discovered in 1994 in a remote gorge in the Blue Mountains north-west of Sydney. The discovery was made by David Noble, a project officer with Australia's National Parks and Wildlife Service, who was on a weekend bush walk when he abseiled into the 500m gorge.

Scientists at Sydney's Royal Botanic Gardens believed this to be ‘one of the most important discoveries of its kind this century’ and reported ‘The discovery is the equivalent of finding a small dinosaur still alive on earth.’

Conservation efforts were implemented by the NSW Department of Environment and Conservation, the species was listed as Critically Endangered, the location of the site is kept strictly confidential and a program to propagate the progeny to preserve the species was undertaken in a greenhouse environment. The great success of this program is evident in that plants were made available for purchase by the public.

Wollemi is an Aboriginal word meaning "look around you, keep your eyes open and watch out". The scientific name Wollemia nobilis is a reflection of the Pine's majestic qualities and honours David Noble.

If it were not for the efforts of a specially deployed team of remote area firefighters, these critically endangered trees would have been destroyed by the giant Gospers Mountain fire in January 2020. The surrounding bushland was totally burned out but the valley where the Wollemi pine has survived 150 million years of climatic change was saved. So too will our world survive the ravages of the insidious Coronavirus thanks to the tireless essential services and medical care givers that are protecting us young and old.

Stay strong and be flexible, like the Wollemi pine, and keep safe. Let us know if there is anyone else out there who has also planted a Wollemi pine!