The year 2016 was a challenging year in terms of the length of the wet season, which encroached on the ripening of the vines and meant plenty of proactive management was necessary, particularly in terms of prevention of bird damage. A late storm in January was unwelcome in most of the Great Southern. Fortunately the yield was up on 2015 and most vineyards could work around any bird damage or threat from botrytis and, like many other vineyards, Singlefile could breathe a sigh of relief once we had completed the harvest, around the normal date towards the end of March.  The quality of the first vintages released in 2016 has been extremely pleasing and a number of our wines have already lined up accolades. (2016 Great Southern Riesling, 2016 Great Southern Semillon Sauvignon Blanc, 2016 Single Vineyard Mount Barker Riesling). 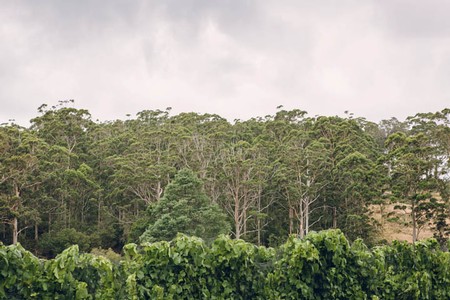 The propensity for higher rainfall than the last five years continued longer than usual and it is with another sigh of relief that we now welcome the lovely clear sunny days that all plants thrive on and we can celebrate the flowering of the Chardonnay vines. The young Pinot Noir vines are also looking spectacular and we look forward to our first harvest from the three year olds this year. We are hoping that the long wet winter will not have any lasting effect. If the first flush of the rose garden is anything to go by we can expect good yields. The roses were late but were bigger and better than ever before!